The UAE has made great strides in building a diversified economy based on knowledge and innovation in recent years, harnessing advanced technology to become one of the most forward-thinking countries in the region and the world. However, this is a time of unprecedented change for all global economies – a time to harness the power of cross-border collaboration to empower businesses, open up new partnership horizons across various fields, and accelerate investments for shared success.

Christopher is Chairman of Pyne and Partners and Principal of GC Advisory, consulting to business in the domain of government and political engagement.

Christopher is Chairman of Vision 2020, the national peak eye health body in Australia.

He is Chairman of the Australia United Arab Emirates Business Council and a Director of the International Centre for Democratic Partnerships as well as its Foundation. He is on the Advisory Board of the International Institute for Strategic Leadership Dialogue and is Patron of the veterans charity, Robe to Recovery.

Christopher is the Chairman of the Advisory Board of munitions and weapons company, NIOA and the Australian Missile Corporation. As well, he is an adviser to the Dubai headquartered, international consulting group, Dar al Handasah and the Advisory Board of 3D manufacturer, Amaero Ltd. He is a non Executive Director of the Canberra based defence company, Xtek Ltd.

Christopher is Chairman of the SA Governors Council of the American Chamber of Commerce in Australia.

He is an Industry Professor in the University of South Australia Business School specialising in Defence and Space.

Christopher has a weekly column in The Adelaide Advertiser called “Pyne on Monday” and hosts a podcast series through the Southern Cross Austereo owned Listnr service called “Pyne Time”.

He is a member of the Claxton’s Speakers Bureau stable of public presenters and speaks at conferences and events both domestically and internationally on defence, national security, politics and government.

He is an Ambassador for the Adelaide Football Club.

Christopher was elected to Parliament in 1993 and served as the Member for Sturt for 26 years. During this time, he was in the Liberal Party Leadership Group for 10 years, Leader of the House of Representatives for six years, and served in Cabinet for six years.

Christopher was a Minister in the Howard, Abbott, Turnbull and Morrison Governments, holding the portfolios of Ageing, Education, Industry Innovation and Science, Defence Industry and Defence.

Christopher Pyne served as the 54th Australian Defence Minister. He was responsible for delivering the $200 billion build-up of Australia’s military capability, the largest in Australia’s peacetime history.

During his time as a Cabinet Minister in the Defence portfolio, Christopher:

He helped create the Pacific Step Up to strengthen Australia’s strategic role in the South Pacific and the Australia France Initiative to take advantage of the close relationship with France through the Attack Class Submarine Project. He settled Defence Memoranda of Understanding with Israel, China, and Switzerland, and initiated Memoranda of Understanding with the United Arab Emirates and the Kingdom of Saudi Arabia.

Christopher was also one of the driving forces behind the establishment of the Australian Space Agency.

He was the longest serving non-Labor Member of the House of Representatives from South Australia since Federation in 1901.

Christopher lives in Aldgate in South Australia and is married to Carolyn and is the father of Eleanor, Barnaby, Felix and Aurelia.

Before entering Parliament, Christopher practised as a solicitor at Corrs Chambers Westgarth and Thomson Geer. 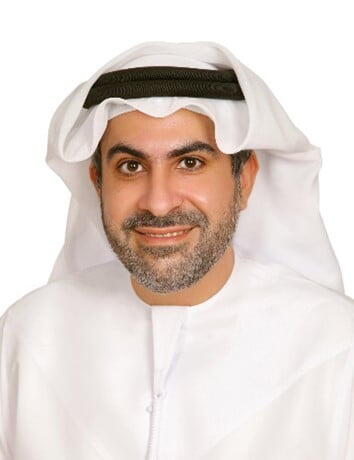 Badr Al-Olama is the Executive Director of the UAE Clusters unit within Mubadala’s UAE Investments platform which has been formed to accelerate the UAE’s economic transformation by investing in national champions, fostering vibrant industrial and commercial clusters, and partnering with world-class global organizations.

In addition to his responsibilities in overseeing a diverse portfolio of businesses in multiple sectors spanning across technology, aerospace, and healthcare, Badr is leading a dynamic team that are incubating new sectors and startups to further diversify the UAE’s economy, and is also heading the Global Manufacturing and Industrialisation Summit (GMIS) – a pioneering collaborative platform that has been jointly established by the United Arab Emirates and the United Nations Industrial Development Organization (UNIDO).

Badr is the Chairman of Strata Manufacturing (Strata), the Sanad Group (Sanad), and Emirates Post Group, and also serves as a Board Director at Al Yah Satellite Communications Company (Yahsat), Mubadala Health, Shuaa Capital, Oumolat Security Printing, TASIAP GmbH – a joint venture with Daimler AG, as well as a number of automotive and energy joint ventures in Algeria. Through GMIS, Badr also oversees the Mohammed bin Rashid Initiative for Global Prosperity – an open innovation platform that aims to accelerate solutions that solve real world challenges that are linked to the Sustainable Development Goals of the United Nations.

Nominated as a ‘Young Global Leader for the Middle East and North Africa Region’ by the World Economic Forum in 2016, Badr began his career as a lawyer and holds a degree in Shari’a and Law from the UAE University (2002) as well as an LL.M from Harvard Law School (2005).